10 thousand big bah-boom's in the thunderstorm 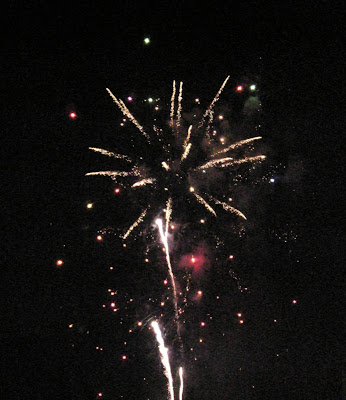 so in the midst of the satisfying explosions came the noise of thunder. oh-oh, i mouthed while squinting a little with half a smirk and one slightly raised eyebrow. two years in japan and this was my first chance to see through a firework festival in its entirety, or so i thought. sure enough, halfway through, it started to pour - not rain, pour.


being drenched did not dampen my spirits though. it was fabulously awesome to indulge in the brilliantly colored bits of fire dancing in the night sky with the occasional accent of thunder and the sound of rain, mixed with excited exclamations from spectators and the robotic announcements from uniformed patrols. i couldn't help but laugh out loud.


i stood still in the warm moist air watching japan pass me by - dyed brunette beauties in their traditional yukata with droplets of rain hanging from the tips of their hair, crowds scurrying by with a multitude of expressions... 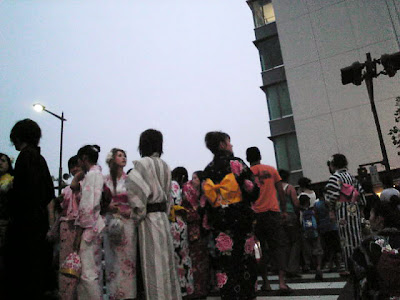 a group of young friends hid under an oversized blue tarp, broadcasting their genuine laughter. a good-looking guy took off his t-shirt to tie around his girlfriend, whose white mini skirt turned almost transparent in the rain. another peeled off his top to wring out the water while doing a commercial-like hair toss, the silhouette of his olive-colored back incredibly sensuous. trendy heavily-made-up girls squatted alongside street venders, taking shelter under egg cartons made from rough recycled cardboard. a tanned little girl in a checkered pink summer dress lovingly caressed her grandpa's face then went on to give a mini massage with her tiny fists, eventually finding the perfect place on his shoulder to bury her head in. 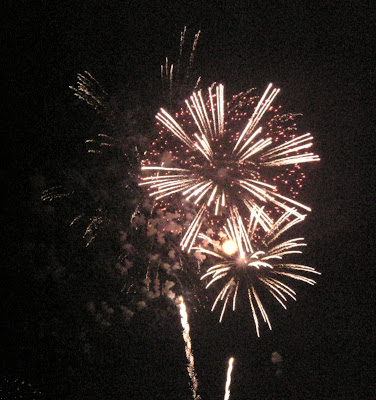 Okazaki Fireworks Festival [ 岡崎花火大会 ] takes place from 7 to 9 pm on the first Saturday of August. From Nagoya, just take the train for 35 minutes and get off at Okazaki Station [ 岡崎 ] then follow the crowd.