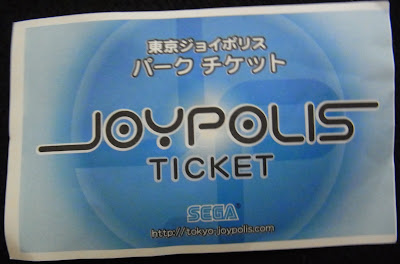 Joypolis is Sega's 3-floor indoor amusement park and arcade located in Odaiba. You can either pay an admission of 800 yen then pay individually for rides (500 to 800 yen each) or get a "passport" at 3900 yen a day, a "Night Passport" for 2900 yen after 5 pm (4 on the weekend), or a "Late-Night Passport" for 2400 yen after 9 pm (8 on the weekend). If you get a passport, the rides are included and you can exit and reenter Joypolis as you wish. You carry the ticket with you and scan the code on it before every ride. Of course, you have to pay extra for the arcade games. There are lockers inside so you don't have to carry your stuff around (100 to 300 yen depending on the size). 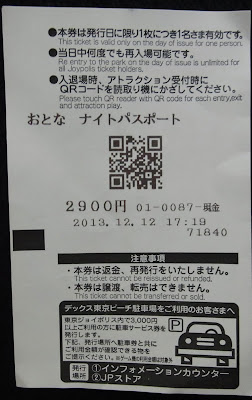 Do I have to understand Japanese to enjoy Tokyo Joypolis?


Most of the staff spoke limited English, but they do have brochures and laminated instructions cards in English. Naturally, the narration during the rides is in Japanese, but I don't think you need to understand it to enjoy the rides although a few attractions would require some Japanese skills. We simply chose not to play those games! There are plenty of other games to try. 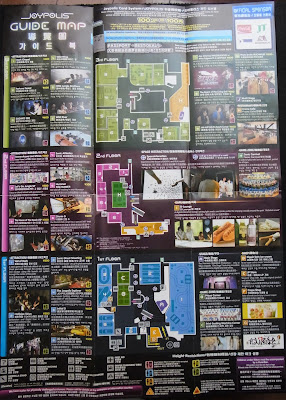 Is it worth it the get the passport at Tokyo Joypolis?


We got the after 5 pm Night Passport on a Thursday and it was not crowded at all, despite the reviews I read on tripadvisor. For most rides, we didn't have to wait. For some rides, there was a 10 to 15-minute wait. We were able to do 9 rides in 3 hours as each ride was pretty brief, and there were loads more to try. It was good fun, but if you are prone to motion sickness and flashing lights bother you, this is not the place for you. 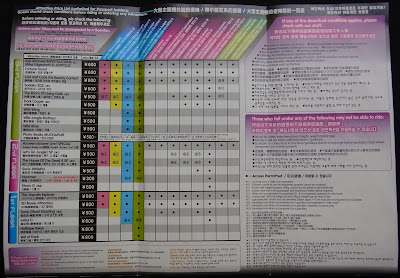 How are the rides at Tokyo Joypolis? Are they just for kids?


The coolest ride we tried was Veil of Dark on the 1st floor, which combines a zombie-shooting video game with a very short but exciting indoor roller coaster ride. We rode this one twice back-to-back because it was awesome! Halfpipe Tokyo, on the other hand, was not fun at all for me. It looks cool since you're swinging and turning to the music, but I felt sick to my stomach and had to close my eyes praying for the ride to be over. The nausea from this ride was the reason we left after just 3 hours. Also on the first floor, the 3D Movie Attraction had a short animated film that I think mostly appeals to kids.


On the 3rd floor, the Wild Wing (you're on a "plane"), Wild River (you're in a "raft" and will be splashed by a bit of water), and Wild Jungle Brothers (you're in a "jeep") are basically the same ride. There is a big screen in front of you and you sit on a roller coaster type seat and it moves about, but you're not actually moving forward or backward. The screen plays nature adventure type videos and basically it feels like you're on a roller coaster. Wild Wing was the most fun of all, and Wild Jungle Brothers the least.


Dark Chapel is a 3 D film with wind/heat sensations but not really very exciting. We felt Fortune Forest was a huge waste of time since you just enter a dark room and enter information in various touch screen computers and get a printout of your "fortune". Pretty stupid, if you ask me. The computers do have various language settings to choose from, so I guess that's a plus.


On the 2nd floor, we played the House of the Dead 4 P. It was like a regular shoot-the-zombies game except there are 2 screens (front and back) and you're in a seat that turns around 180 degrees occasionally so you can shoot the zombies in front of and behind you. Pretty good game, but if you get motion sickness, this game is not your friend.


How to get to Tokyo Joypolis
Joypolis opens from 10 am to 11 pm. It's a very short walk from Yurikamome's [ゆりかもめ] Odaiba Kaihinkouen [お台場海浜公園駅] station.